Who was Horace Rawlins?

Horace was born in Bembridge on the Isle of Wight and the 1891 census described him working as a golf caddie at the age of sixteen. At the Royal Isle of Wight Club where his father also played, he carried clubs for members, learning his craft and playing whenever he had the chance.  The club’s professional was Arthur Jackson with whom Horace was to have a long relationship in future years. How Mid Herts came to know about him, or how Horace heard of the vacancy in Hertfordshire is a matter of conjecture.

After less than two years, Horace left and rejoined Arthur Jackson at Raynes Park Golf Club where he furthered his knowledge of club making. Both of them then went to Crowborough Beacon Golf Club for a short time before Horace went ‘by steamer’ to America, where it is believed his brother Harry had gone earlier and who is recorded as being the professional at the Atlantic City Club at some point.

Horace Rawlins joined Scotsman Willie Davis at the Newport Golf Club on Rhode Island, where he was apparently instructed to “teach golf, tend greens, and stay out of the way”

The first national golf tournament in America was held at the Newport Club in 1895 and was contested strictly among amateur players – there was no such thing as organized professional golf.  This first professional championship was merely an afterthought; a tournament added on at the end of the three day amateur event. Thus the inaugural U.S. Open was contested by only ten professionals plus one amateur.  Horace entered the competition and won with a score of 173 over 4 rounds of the 9 hole course, beating the ‘favourite’ Scottish born Willie Dunn by two strokes.  He won $200 (around $5000 in todays value) although $50 was deducted for the cost of the winner’s gold medal.  Horace was runner-up the following year when the tournament was held at Shinnecock Hills and he competed thirteen times over the next eighteen years – his best subsequent result was tied 8th in 1897. His life nearly came to end in 1903 when, as a report in ‘The World /Evening World’ newspaper on 25th June reported, he was shot at while walking on the links near Baltusrol where he was to compete in the US Open the next day. It was believed to be a case of mistaken identity by one of a pair of local burglars.

After his initial win, Horace made a visit back to England when ‘Golf Illustrated’ carried this report on 4th April 1896:- “On Saturday last a match was played over the Crowborough Golf links between James Braid and Horace Rawlins, who holds the handsome gold medal which was presented by the Golf Association of the United States as a momento of the Open Championship of America of 1895.  Braid won fairly comfortably, being round in 88 and 81, as against 94 and 86”.

Horace Rawlins spent some 19 years in the USA at many clubs, often helping out in the design of new courses.  After leaving Newport he was the first professional at Sadaquada in Whiteboro N.J. at a salary of $60 per month; spent seven years at Ekwanok Country Club in Manchester Vermont and six seasons at Waumbek Golf Club in Jefferson New Hampshire.  When The Springhaven Club moved to their current site in Philadelphia in 1904, Horace was employed as their first professional and shaped the design of their new course. The Springhaven Club, with whom Mid Herts made a ‘twinning’ arrangement in 2014, have held the Horace Rawlins Invitational Tournament in his honour for over forty years.

At the height of his powers, Horace was cited by ‘The Times’ for his”well balanced game, strong in all its elements yet brilliant in none. He is a good heady player with a happy faculty of not getting discouraged when in difficulties. Then he goes at his work with an ease and fearlessness that is most interesting. There were characteristics of his play today that put him ahead of his older and more experienced competitors”.

Horace Rawlins married in England in 1911 and was listed on the marriage certificate as a golf professional. He apparently then went back to America until 1913 when he came home to attend to his ailing mother and when she died a year later he ended his golfing career, inheriting a family drapery business and the associated work responsibilities.  It seems most surprising that Horace’s son Robert was either unfamiliar with, or indifferent to his father’s fame and he in turn never mentioned the sport to his son Michael.  It was only when Michael opened his late father’s safe deposit box in a bank and found the gold medal, with photographs and other material that the significance of his grandfather’s achievements came to light.

During the research for the Mid Herts history book, member Bill Gordon happened to be wearing a Club sweater whilst playing bridge when one of the other players noticed the logo and mentioned that his grandfather may have had a connection with Mid Herts.  Michael then kindly visited the Club to show the medal and explain the discovery, after which he joined the Club for a number of years and showed an inherited golfing talent before deciding that bridge was his main leisure interest outside of his busy working life.  He unveiled a plaque on the front of the newly completed green-keeping building in 1991 which commemorates the Club’s association with Horace Rawlins.

As a further tribute to the winner of the inaugural US Open Championship and the first Groundsman / Professional to be employed by Mid Herts Golf Club, a statue of Horace Rawlins by sculptor Ben Twiston-Davies will be positioned in front of the clubhouse as part of the 125th Anniversary celebrations in 2017.

Although Horace Rawlins is not known to have written any golf instruction book, he did contribute this article in the ‘American Golf’ magazine in June 1900:-

“A man may overdrive you every time but he will not get the hole if he is weak on the approach and you are strong. What a player has to strive for is to play his ball on the green in such a way that he will be able to lay his ball dead on the next stroke, and then hole it. When you can do this, or make reasonably sure of doing so, you will be entitled to consider yourself a golfer”

Words of wisdom which are as true today as they were over a century ago. 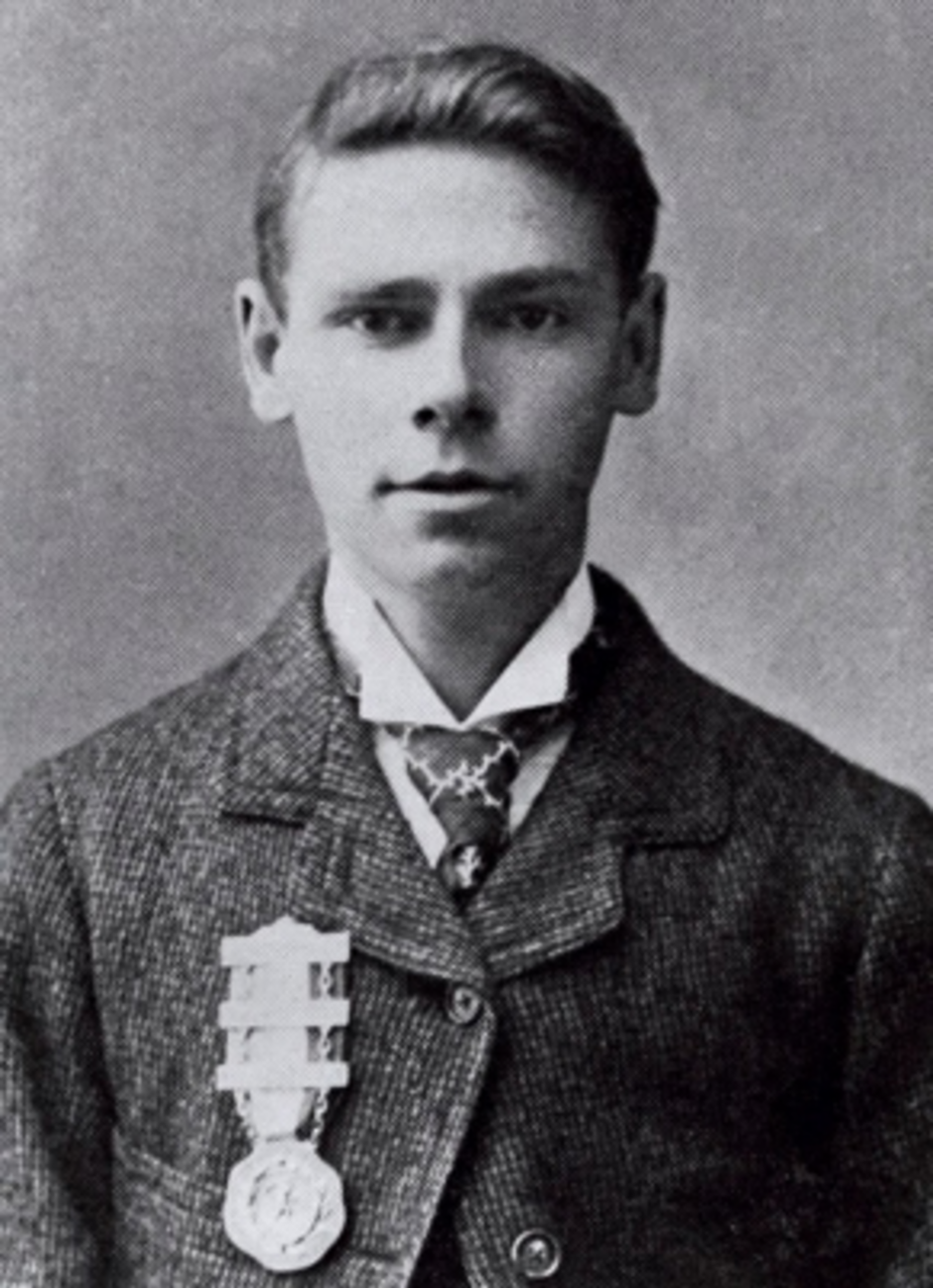 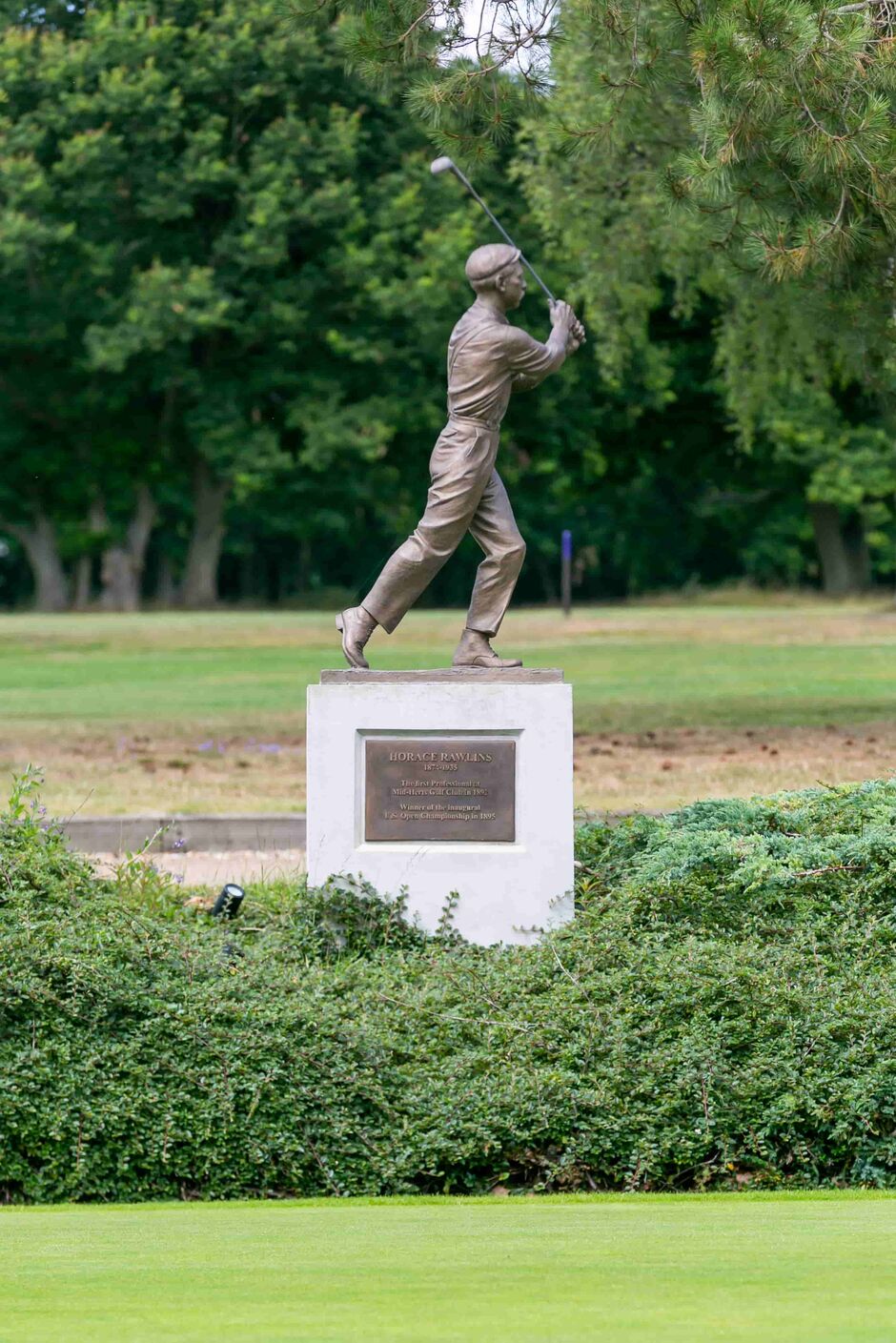