a) On or beyond any line defined by white posts, or any white out of bounds line.
b) Beyond any boundary hedge or fence and on or over any road bordering the course.

2. OBSTRUCTIONS INCLUDING THOSE NEAR TO PUTTING GREENS

a) All roads and paths with artificial surfaces or sides, fixed sprinkler heads, inspection covers and signage are immovable obstructions and relief from interference by any may be taken under Rule 16.1.
b) Ball in General Area: The player may take relief under Rule 16.1b if a sprinkler head is on the line of play and is:

c) Telephone cables – if a ball strikes an elevated cable or supporting pole the stroke does not count. The player must play a ball without penalty from where the previous stroke was made, see Rule 14.6.

Penalty for Playing Ball from a Wrong Place in Breach of Rule 16.1: General Penalty under Rule 14.7a.

All Penalty Areas are defined by Red Stakes. Rule 17 applies.

a) Ground Under Repair is defined by any area encircled by a white line or indicated with a notice. Relief under Rule 16-1 may be taken.
b) A player may obtain relief under Rule 16-1 for lie of ball only from damage that is clearly identifiable as having been caused by animal hoofs and ruts made by wheeled vehicles.
c) Aeration Holes – If a player’s ball lies in or touches an aeration hole

But interference does not exist if the aeration hole only interferes with the player’s stance or, on the putting green, on the player’s line of play.

Penalty for Playing Ball from a Wrong Place in Breach of Rule 16.1:  General Penalty Under Rule 14.7a.

a) Heather regeneration areas warrant special protection and play is prohibited from those areas indicated by white lines and blue posts. Players MUST take relief from those areas in accordance with Rule 16.1f.
b) Trees that are attached to stakes are no play zones: If a player’s ball lies anywhere on the course other than in a penalty area and it lies on or touches such a tree or such a tree interferes with the player’s stance or area of intended swing the player MUST take relief under Rule 16.1f.

Penalty for Playing Ball from a Wrong Place in Breach of Rule 16.1: General Penalty Under Rule 14.7a.

Any Local Rules that may be warranted are in force when displayed on the Notice Board.
Unless otherwise covered by a Rule of Golf the Penalty for Breach of a Local Rule is General Penalty.

Players are requested to be mindful at all times for the safety of Greenkeepers working on the course other players and the general public. In the absence of a clear notice on the appropriate tee or green to the contrary, players teeing-off have priority over adjacent greens, except when putting has already commenced.
Players should be aware at all times that the public has right of way on the footpaths.

View the Rules of Golf 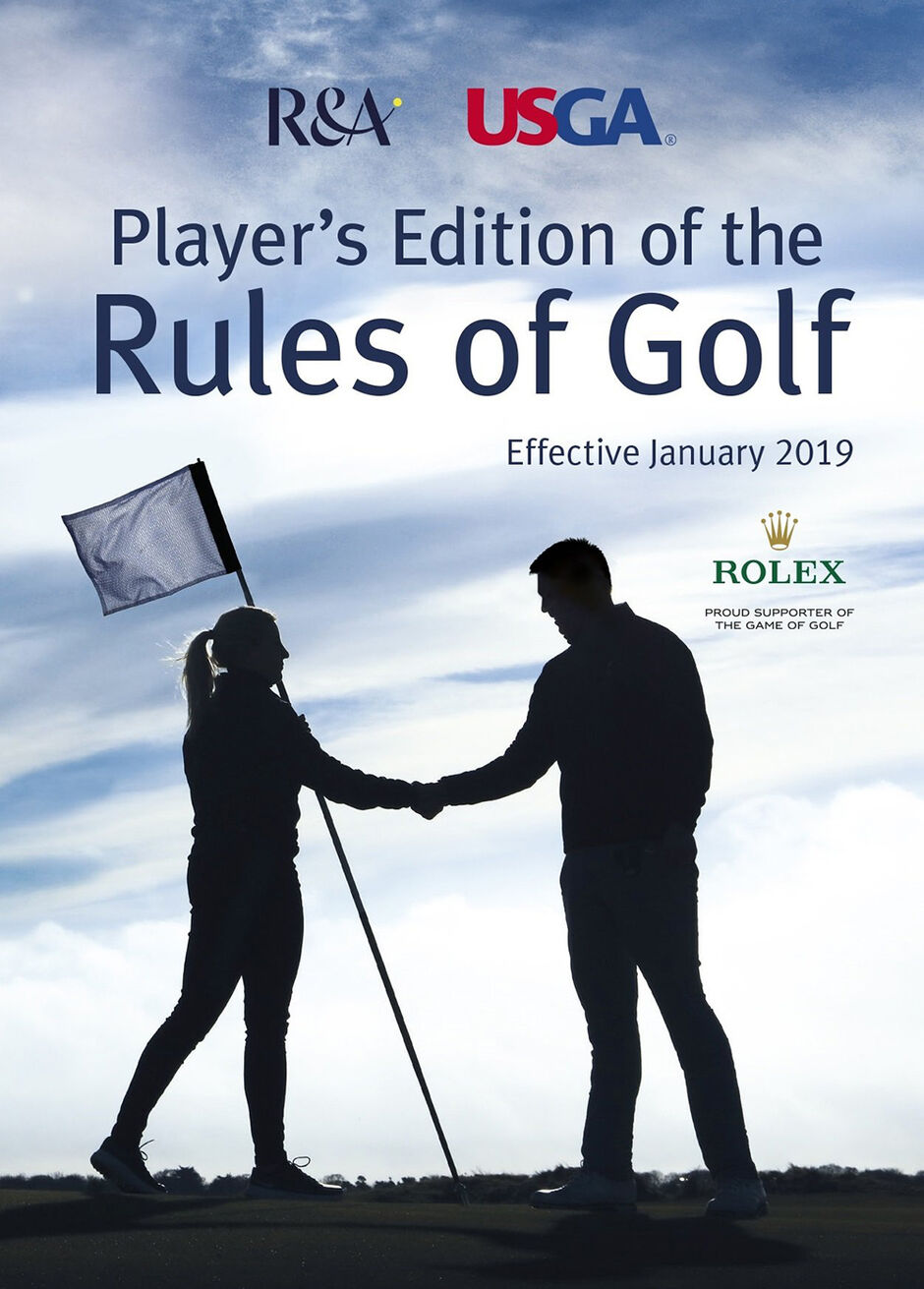